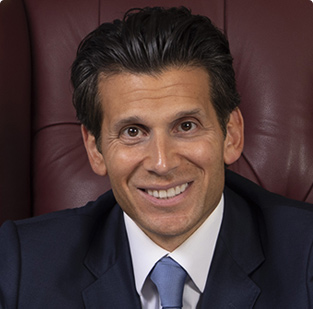 Jeff’s empathy and compassion sets the tone for the Firm’s client centered approach. He has has served as lead counsel in hundreds of class actions and individual cases for unpaid wages, overtime and tips, sexual harassment and employment discrimination in the New York City Metropolitan area which have generated millions of dollars for the Firm’s Clients. Additionally, Jeff has led the Firm’s representation of teachers, students, educators and people victimized by consumer fraud. It’s not a surprise that Jeff has received countless referrals, positive feedback and recognition from clients and the legal community.

What sets Jeff apart from other employment attorneys is his strong sense of responsibility for his clients’ best interests. Jeff understands that taking legal action against one’s employer is not only daunting, but can simultaneously affect his client’s life and career. Whereas many employment attorneys utilize means of dispute resolution that benefit their own self-interests over their client’s, Jeff sees value in the reverse. Jeff is sensitive to the needs of his clients should they require confidential settlement negotiations, mediation or arbitration, or extensive litigation.

Jeff listens to and sympathizes with his clients’ problems and concerns. Jeff’s negotiating prowess has helped his clients receive high-value settlements, often at the pre-litigation stage. This approach also helps maintain the level of confidentiality his clients desire.

Jeff began his legal career as an associate with the firm in 1997. His uncanny ability to recognize the big picture without losing sight of the small details quickly made him a rising star in the practice of civil rights law.

In 1998, Jeff served as lead counsel in a real estate discrimination case, recovering $19 million on behalf of 135 Asian condominium owners in Flushing, Queens. The New York Law Journal and The New York Times covered this  notable case. In January 2000, he became a partner in Leeds Brown Law’s predecessor firm, Leeds Morelli and Brown.

Jeff has made numerous appearances on television and media outlets with the clients he has represented for claims of sexual harassment, discrimination, wrongful termination and unpaid wages, overtime and tips. He has presented on employment issues for the New York State Trial Lawyers Association and other civil rights organizations.

The Workplace Project honored Jeff as Man of the Year in 2006 for his dedication and commitment to the project’s goals. The Workplace Project is a membership-based organization that advocates for better working and living conditions for immigrant workers and their families. Jeff and the LBL staff have provided legal assistance on a pro bono basis to help safeguard the rights and interests of underprivileged immigrant workers.