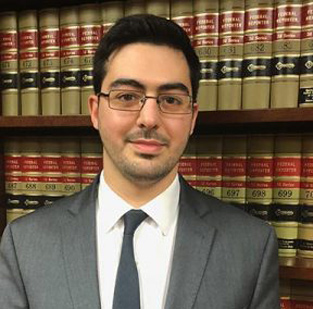 Aaron received a Bachelor of Arts from Stony Brook University in 2011. Aaron graduated from The Benjamin N. Cardozo School of Law in 2014, and is admitted to practice in New York State courts, as well as, the Eastern and Southern District Courts of New York.